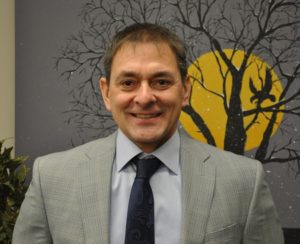 Ottawa, March 23, 2017 - The National Aboriginal Capital Corporations Association (NACCA) is pleased to announce the appointment of Gerry Huebner as Chief Strategy Officer. Gerry graduated from Trent University in 1983 with a Bachelor’s Degree in Business Administration and went on to earn his Master’s Degree in Public Administration from Queens University in 1986.
END_OF_DOCUMENT_TOKEN_TO_BE_REPLACED 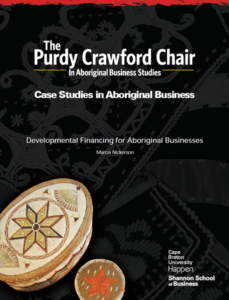 Court decisions over resource and revenue sharing continue to benefit Aboriginal communities across Canada and, as opportunities emerge, Aboriginal businesses are growing much more quickly than in mainstream Canada. Consequently there is an increasing demand for access to capital and innovative financing to enable the start-up and growth of such businesses. Most Aboriginal businesses are small and medium-sized enterprises (SMEs) and are often the primary engines of economic growth for many Aboriginal communities. They represent a significant opportunity to address many of the existing socio-economic challenges by reducing unemployment and creating wealth. END_OF_DOCUMENT_TOKEN_TO_BE_REPLACED 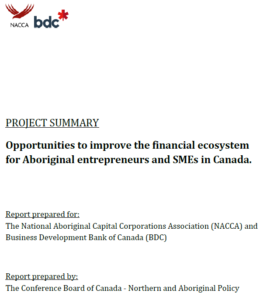 Expanding the Circle: What Reconciliation and Inclusive Economic Growth Can Mean for First Nations and Canada

Economic reconciliation is not only the fair and right thing to do, but there’s a strong business case for it as well. Canada’s economy would grow by $27.7 billion annually if barriers preventing Indigenous Canadians from participating in the Canadian economy were removed, according to a recent report by the National Aboriginal Economic Development Board.

The Public Policy Forum, held February 15, 2017 at the Westin in Ottawa, partnered with the National Aboriginal Economic Development Board, the National Aboriginal Capital Corporations Association and Indigenous and Northern Affairs Canada to deliver the first in a three-part series of conferences on reconciliation and inclusive economic growth. END_OF_DOCUMENT_TOKEN_TO_BE_REPLACED

NACCA Announces Mark Dokis as Director of Products and Services 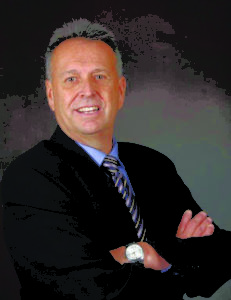 Ottawa, January 6, 2017 - The National Aboriginal Capital Corporations Association (NACCA) is pleased to announce Mark Dokis as the director of products and services. Mark is a member of the Dokis First Nation in Northeastern Ontario. He graduated with honours from Laurentian University in 1984 with a Bachelor of Arts in geography. He went on to earn certificates in economic development and business administration and management.

“I’m looking forward to helping Aboriginal entrepreneurs achieve their full potential,” said Mark. “We will foster growth in the Aboriginal economy by providing programs and tools entrepreneurs can use to strengthen their communities.”

END_OF_DOCUMENT_TOKEN_TO_BE_REPLACED 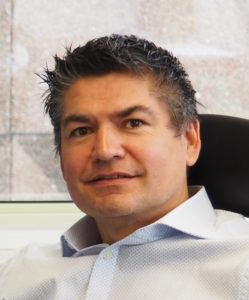 The NACCA Board of Directors is pleased to announce the appointment of Mr. Shannin Metatawabin as Chief Executive Officer on November 7, 2016. Shannin is Cree/Inninow from Fort Albany First Nation of the Mushkegowuk Nation. He holds a Bachelor of Arts degree in political science from Carleton University and an Aboriginal Economic Development certificate from the University of Waterloo. END_OF_DOCUMENT_TOKEN_TO_BE_REPLACED 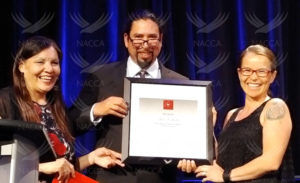 The National Aboriginal Capital Corporations Association (NACCA) is proud to share that Anne Calladine of Northwinds Bus Lines Ltd. has been chosen as the first recipient of the NACCA Indigenous Women in Business Award.

Though unanimous, the Selection Committee’s decision was a very difficult one and the NACCA recognizes the perseverance, positive impact and success of all finalists and nominees.

Please click here to read more about our award winner and the other nominees.

The newly appointed members of the AEP Committee are Leonard Odjick, Dana Soonias and Sakiasie Sowdlooapik.

Leonard Odjick has significant leadership experience in governance, community and economic development. He serves as Vice-president of the Board of Directors of the Native Commercial Credit Corporation (SOCCA), has been a Director of a Tribal Council, a band manager which oversaw 350 staff, started a band police department and is currently a financial consultant.

END_OF_DOCUMENT_TOKEN_TO_BE_REPLACED

Please click here to read other articles from this series. 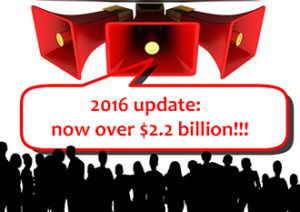 The National Aboriginal Capital Corporations Association ("NACCA") is an association of 55 Aboriginal Financial Institutions (AFIs) throughout Canada. AFIs were established by Aboriginal leaders and the Canadian government in the mid-1980s to early 1990s to stimulate business development in the Aboriginal community. The Saskatchewan Indian Loan Company, now part of Saskatchewan Indian Equity Foundation (SIEF), was the first AFI to provide loans totaling $173,500 to Aboriginal entrepreneurs in 1985-86. The network of AFIs has since grown and matured into a significant developmental lending force in Canada with unparalleled reach. END_OF_DOCUMENT_TOKEN_TO_BE_REPLACED